Posted by sayainfotech Posted on 1/29/2018 with No comments

This is important notice for all students who want to join Indian Army as a Soldier. The Indian army is decided to change existing Education qualification criteria from April 2017.

Soldier GD (All Arms) Class 10th with 33% marks in each subject and 45% in aggregate. No aggregate percentage is considered in case candidate has passed in higher qualification i.e 10+2 and above.
However, percentage waiver for candidates having passed in higher qualification is
applicable only for the aggregate marks in class 10 but 33% marks in individual subjects is
mandatory.
In case of grading system for CBSE, minimum of D grade (33-40) in individual subjects and
overall aggregate of C2 grade or 4.75 points will be considered. Other boards following grading
system will follow similar system akin to pass percentage equal to 33% marks in each subject
and 45% in aggregate

Soldier Technical Class 12 (Science) with Physics, Chemistry, Maths and English with 50% marks in aggregate and 40% marks in each subject.

Soldier (Nursing Assistant) /Soldier Technical Dresser (RVC)  10+2/ Intermediate Exam pass in Science with Physics, Chemistry, Biology and English with Minimum 50% marks in aggregate and minimum 40% in each subject
OR
In case the candidate has a BSc Degree with (Botany/ Zoology/Bio-science) and English, stipulation of percentage in Class 12th is waived off. However, the candidate should have studied all the four specified subjects in Class 12th also. 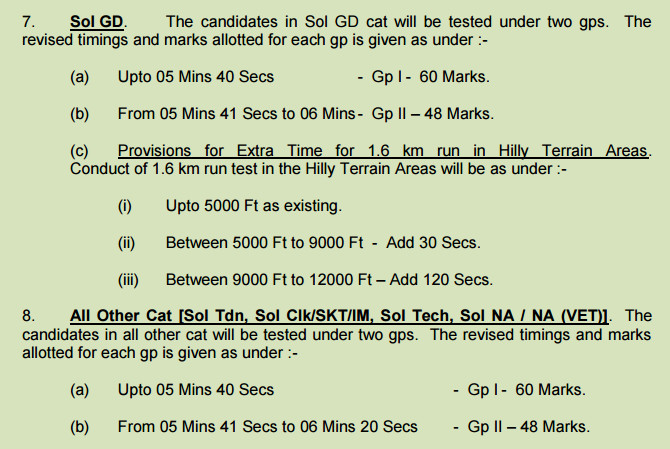 9. Revised timings for 1.6 Km Run for all categories. Sol GD, Sol Tdn, Sol Clk/
SKT/IM, Sol Tech, Sol NA / NA (VET), Hav Edn, Hav Svy Auto Carto, JCO Catering
and RT JCO will be conducted as per laid down timings under two gps and marks
allotted for each gp is given as under :- 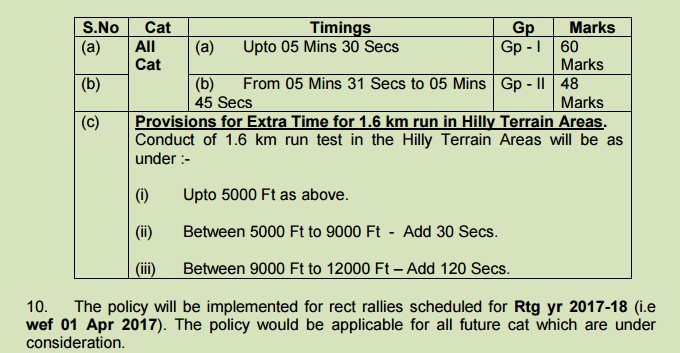 10. The policy will be implemented for rect rallies scheduled for Rtg yr 2017-18 (i.e wef 01 Apr 2017). The policy would be applicable for all future cat which are under consideration.

EXISTING ELIGIBILITY FOR RE-ENROLMENT INTO DSC : OTHER RANKS

11. Five Years Gap. Gap should be within five years from the date of discharge
from former service till the individual reports to the recruiting agencies for physical & medical test.

REVISED ELIGIBILITY FOR RE-ENROLMENT INTO DSC : OTHER RANKS (NEEDS TO BE UPGRADED)

12. Five Years Gap. As revised polic,, gap period from date of discharge from
former service till the indl reports to the rtg agencies for physical test & medical reduced
from fiver yrs to two yrs. This policy has been implemented wef 01 Oct 2016. 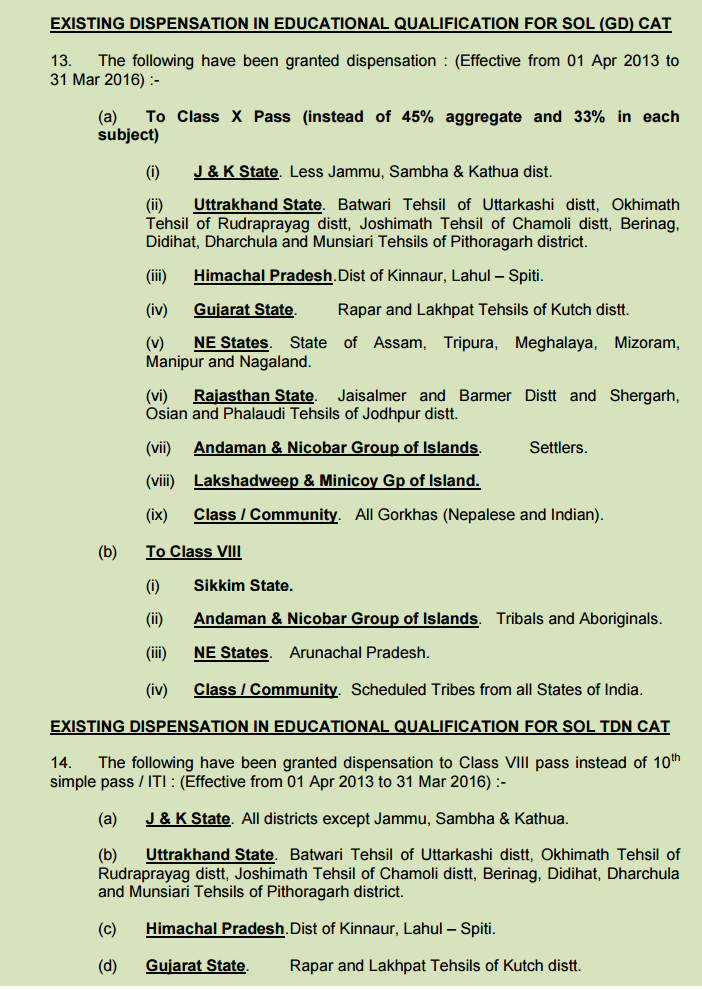 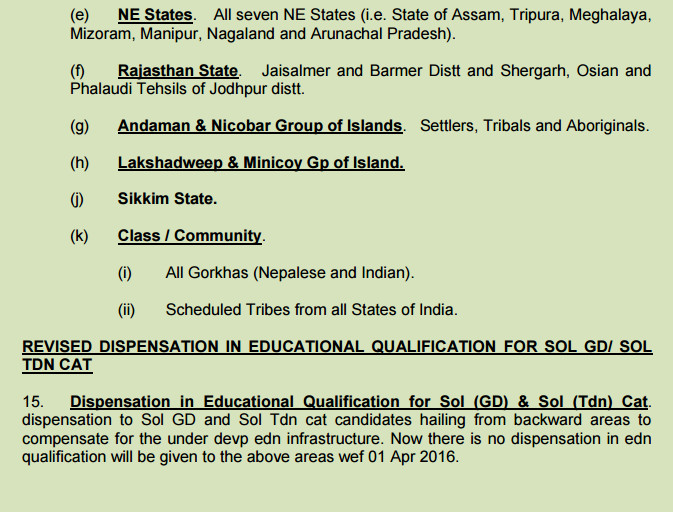